The awakening of a village 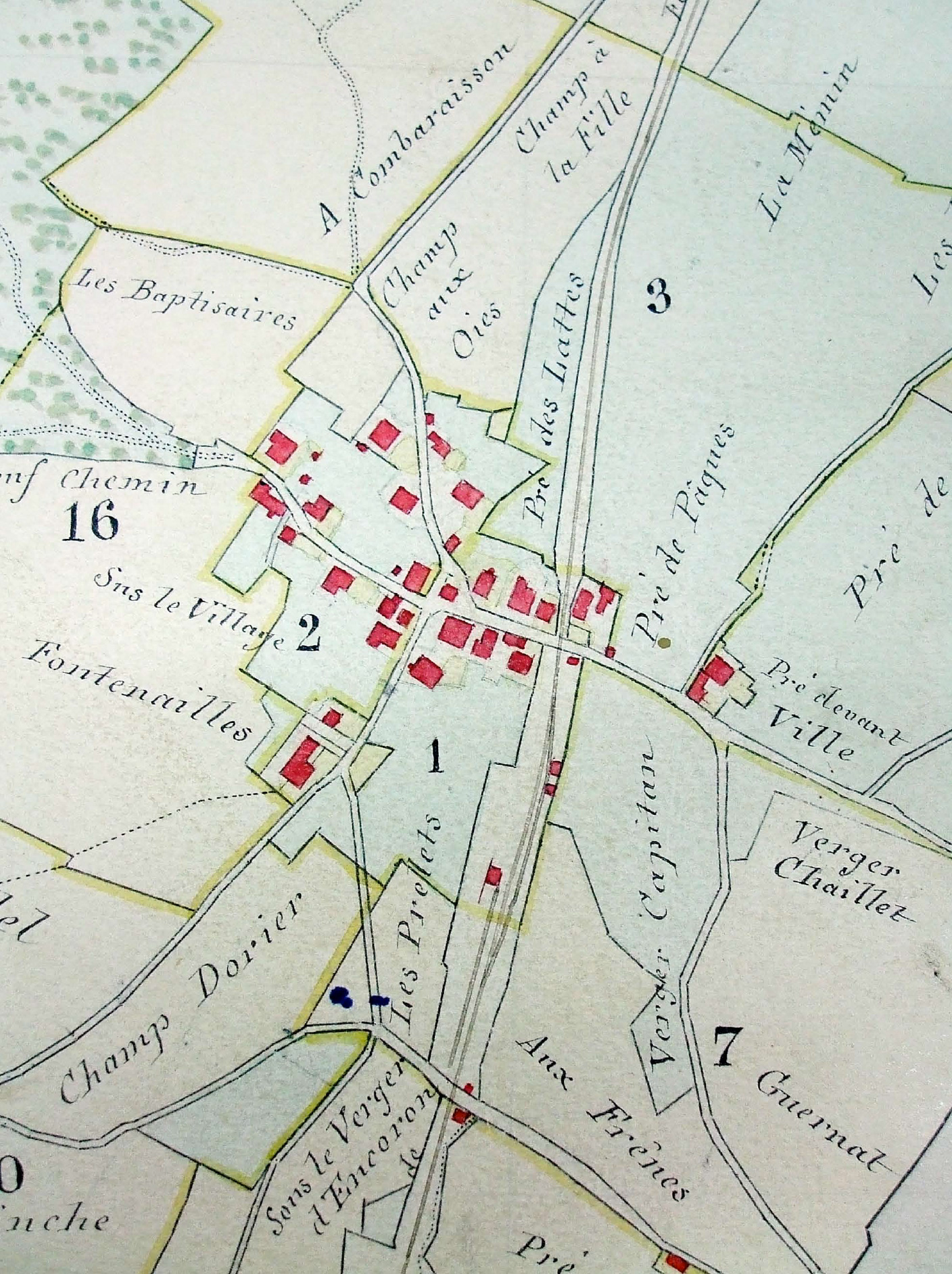 
For more than 500 years, the inhabitants of Les Geneveys-sur-Coffrane had earned their livelihood from agriculture and livestock breeding. Then in 1860 the new railway linking Neuchâtel to Le Locle aroused this sleepy little village located in the Val de Ruz. The local authorities realized that a prosperous village must also depend on secondary activities, and resolutely opted for industrialization. They started looking for outside investors, but were also willing to contribute financially from village funds. They made available a building site opposite the station for a watch-making venture. The newspapers published requests for industrial sites.Competition between villages was rife, and the increasingly higher offers made the prospective manufacturers greedy. In addition to the land, the developers wanted building materials, and even the building itself. The total cost would amount to Fr.90’000. On 9 May 1894, after 2 years of bargaining, the Geneveys-sur-Coffrane town council proposed a credit of Fr.30’000 in addition to the development of the water supply and access roads, etc. The final agreement was signed in the offices of Frédéric Soguel, a Cernier notary. Five years later, the manufacturer became insolvent and was eventually declared bankrupt. His successor, Emile Perrenoud, was granted a loan of Fr.25’000 voted by the local council, by 9 votes to 4! Hope faded after a 2-year trial period. Confusion and dismay were widespread.

The arrival of the Duvoisin’s

At that time, the village was home to a brewery, a herbalist’s shop, a pasta factory, two dial factories, one spring factory and a furniture factory… However, a new investor, a watchmaker from Courtelary (BE) began to show interest. He commenced negotiations with the village authorities in 1903, enquiring about the basic infrastructure and, having obtained sufficient guarantees, opened a watch-making factory in 1904, in the rue des Tilleuls. 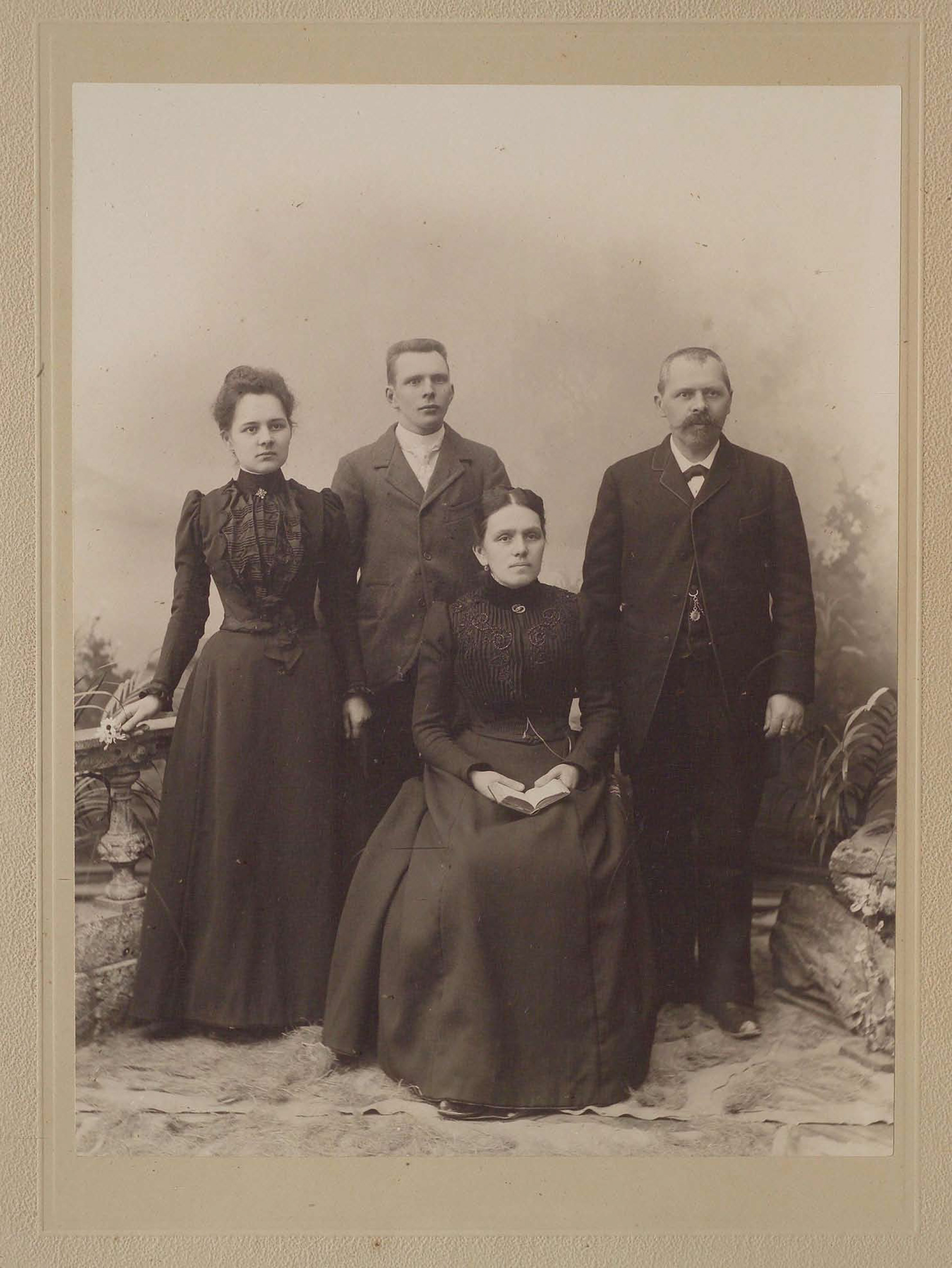 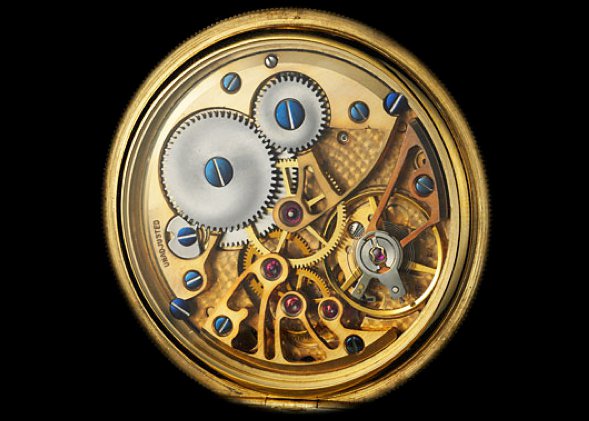 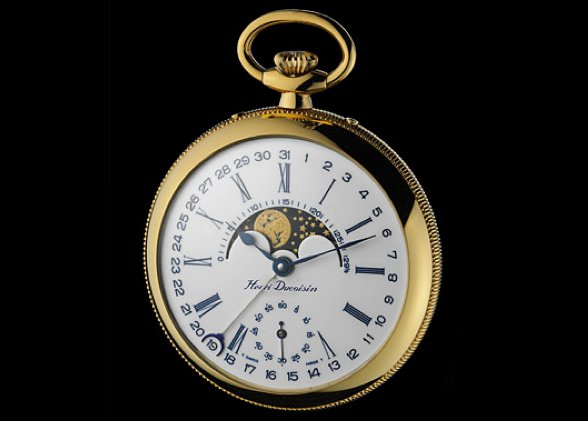 This new investor was Paul-Fritz Duvoisin, born on 6 August 1854, husband of Emma née Chodat. He worked together with his son Henri-Paul (1882-1947), who took over the business on his father’s death in 1912. They manufactured pocket watches with a visible balance wheel and during the First World War also worked for the Army, manufacturing ammunition (shell noses). In this connection, he was granted a derogation of the labour laws enabling the factory to work overtime in 1916 and 1917. His son Henri settled down well in the area and married. In later years he remarried, his second wife being Sophie-Elisabeth L’Eplattenier (1896-1980). In 1921, he moved his factory to a new site rue de l’Horizon (in the New Quarter). Two extensions would be added to this plant – in 1927 and later in 1946. Henri Duvoisin & Co. employed workers both in the workshop and at home; the majority of the employees were from the villages of Les Geneveys-suf-Coffrane or from Coffrane. From 1921 to 1955 the main activity of the Duvoisin factory was the assembly of movements; the factory also worked for Luxor, fitting clock cases with a 22-line movement. In 1946, one year before his death, Henri took his two sons, René (1922-2003) and André (1925-2004), into the business. 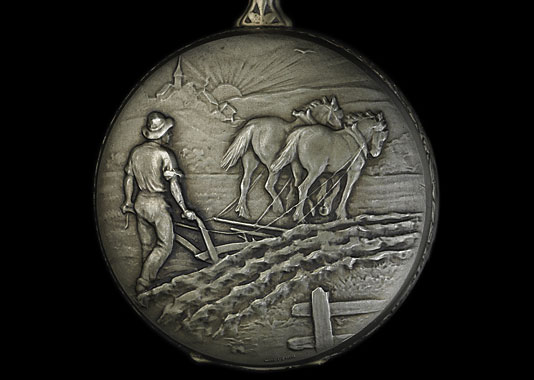 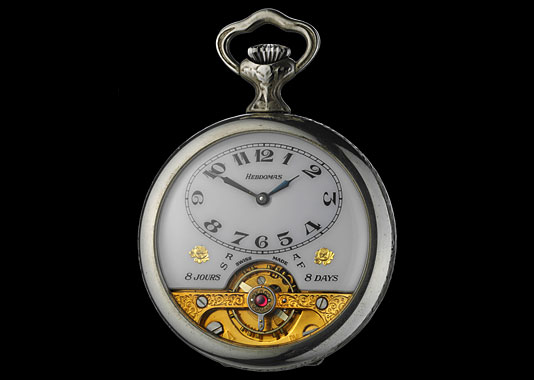 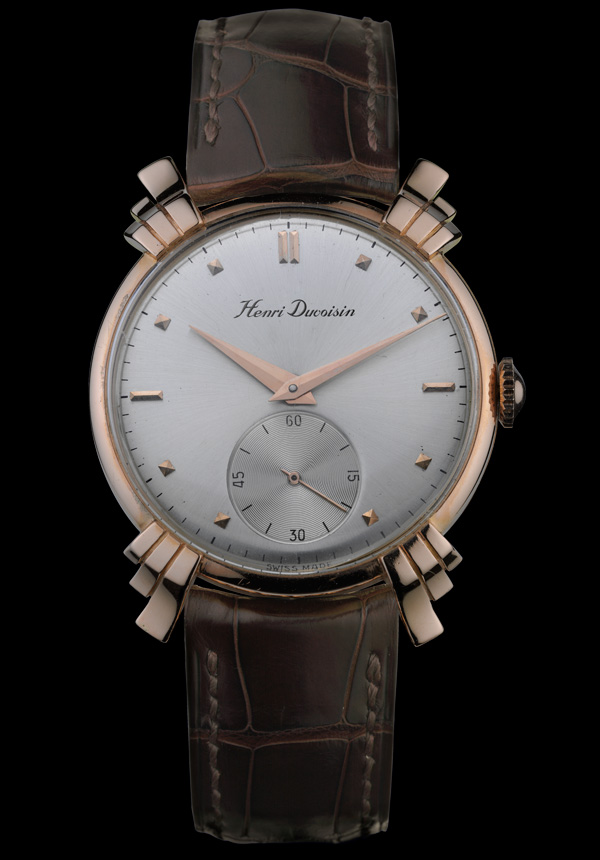 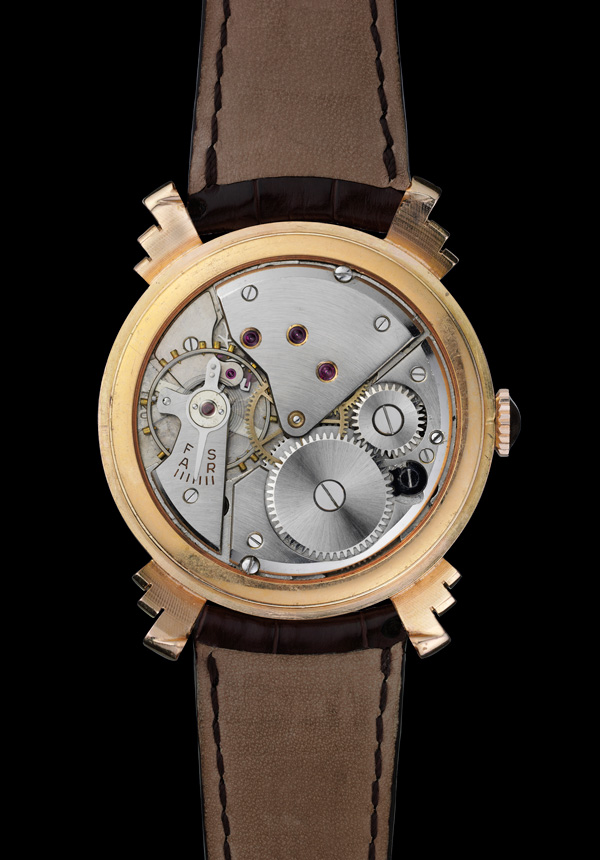 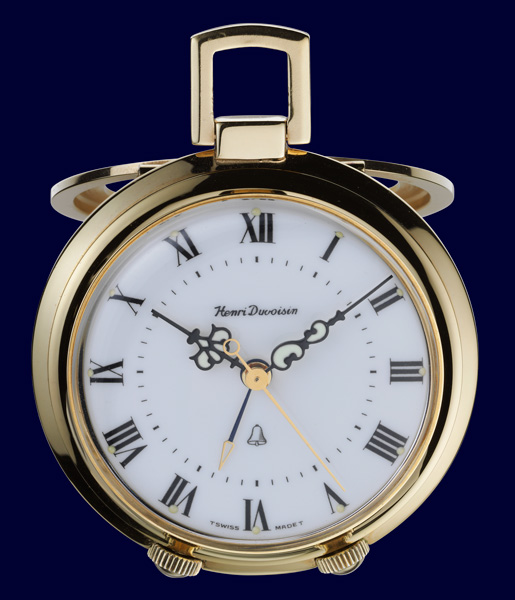 A woman with a head for business

After his death in 1947, Henri’s wife Sophie-Elisabeth née L’Eplattenier took over the business in association with the two sons, under the new name Veuve Henri Duvoisin & Co. Either the individual signature of this lady entrepreneur, or the joint signatures of the two brothers, both of whom held powers of attorney, were binding for the company. This incredibly capable lady was both strong and courageous. She rarely showed any feelings and strongly disliked any signs of effusiveness, devoting all her time and energy to managing the watch-making factory. On the other hand, she did not remain indifferent to the world around her, and in 1948 she created a welfare fund in favour of the employees of Veuve Henri Duvoisin & Co. The aim was to help the workers and employees face up to the financial consequences of unemployment, old age, ill health, accident, death or other situations which could potentially leave them destitute through no fault of their own. A governing board of three members administered this fund, which was finally liquidated in 2006. In 1965 the two companies Valruz and Albona Watch were founded – Valruz supplying the Scandinavian market while Albona Watch traded with Latin America. Sophie-Elisabeth retired in 1975 at the age of 79. Her retirement however would only last five years. In 1975 René left the company while André remained in sole charge until 1966. In 1970 the company name was changed to Henri Duvoisin & Co., Valruz and Albona Watch, in Les Geneveys-sur-Coffrane. Henri Duvoisin & Co., widely reputed for more than a century, has taken on a new lease of life. André Duvoisin, the inspiration and soul of the business, was determined that it carry on and persuaded Jean-Dominique Cornu, who was both a client and a friend, to take over the reins. Today this change has come into effect.
For Jean Dominique Cornu the successor, the priorities are quality, an authentic product, and a small market share - in other words, the creation of a unique article which will appeal to and seduce the discerning collector.
It is here that Lady Luck played her hand, enabling them to unearth a limited quantity of movements manufactured by the Fabrique d’Ebauches de Fleurier SA and moreover assembled by Duvoisin. This treasure, dating back to the last and final Golden Age of the mechanical watch, contained a certain number of both the classical model and the regulatory version. The very knowledgeable duo immediately set to the task of resurrecting the brand name Henri Duvoisin & Co. Having spent many years in the watch industry, and having also acquired a vast network of international relations, Jean-Dominique Cornu is the initiator of the project. The artistic touch is added by Jean-Marc Breguet, a professional photographer well known for his work in the domain of luxury watches, and who has a passion for antique timepieces.
The new motto could be: know-how, memory and tradition.

On the Saturday, one week before the beginning of the then “watch-makers’ vacation”, tradition had it that all the windows in the factory had to be cleaned. This task was shared by all. The men dismantled the double windows and carried them outside, where the women cleaned them. The clean windows were then brought back inside to be re-hung. At the Duvoisin factory the whole operation was overseen by Sophie-Elisabeth. Her daughter-in-law, Huguette, prepared the picnic – bread rolls were purchased from Haslebacher the baker and quickly made into sandwiches. All this was a big change from their normal work – here elbow-grease and laughter mingled in equal parts, everyone knowing full well that in one week’s time they would all be on vacation!